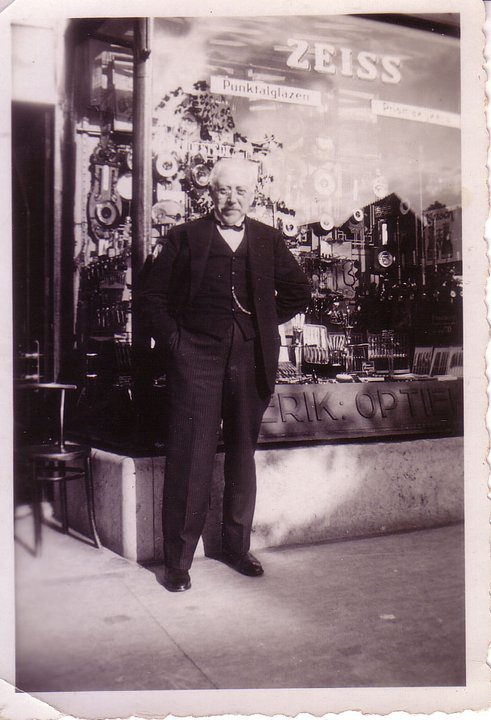 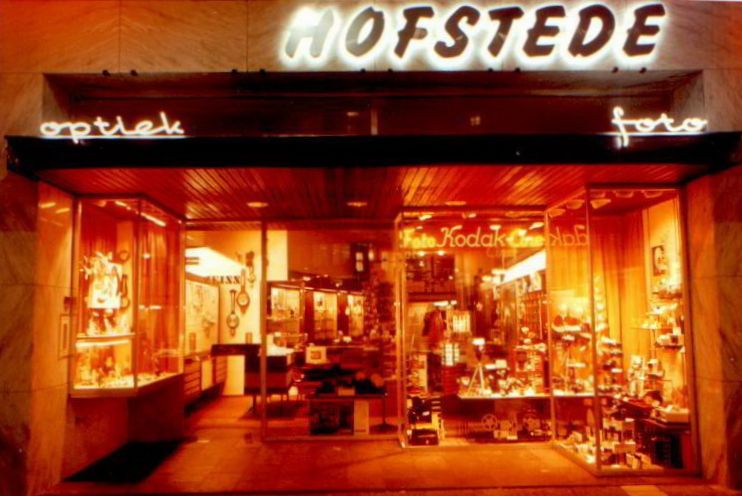 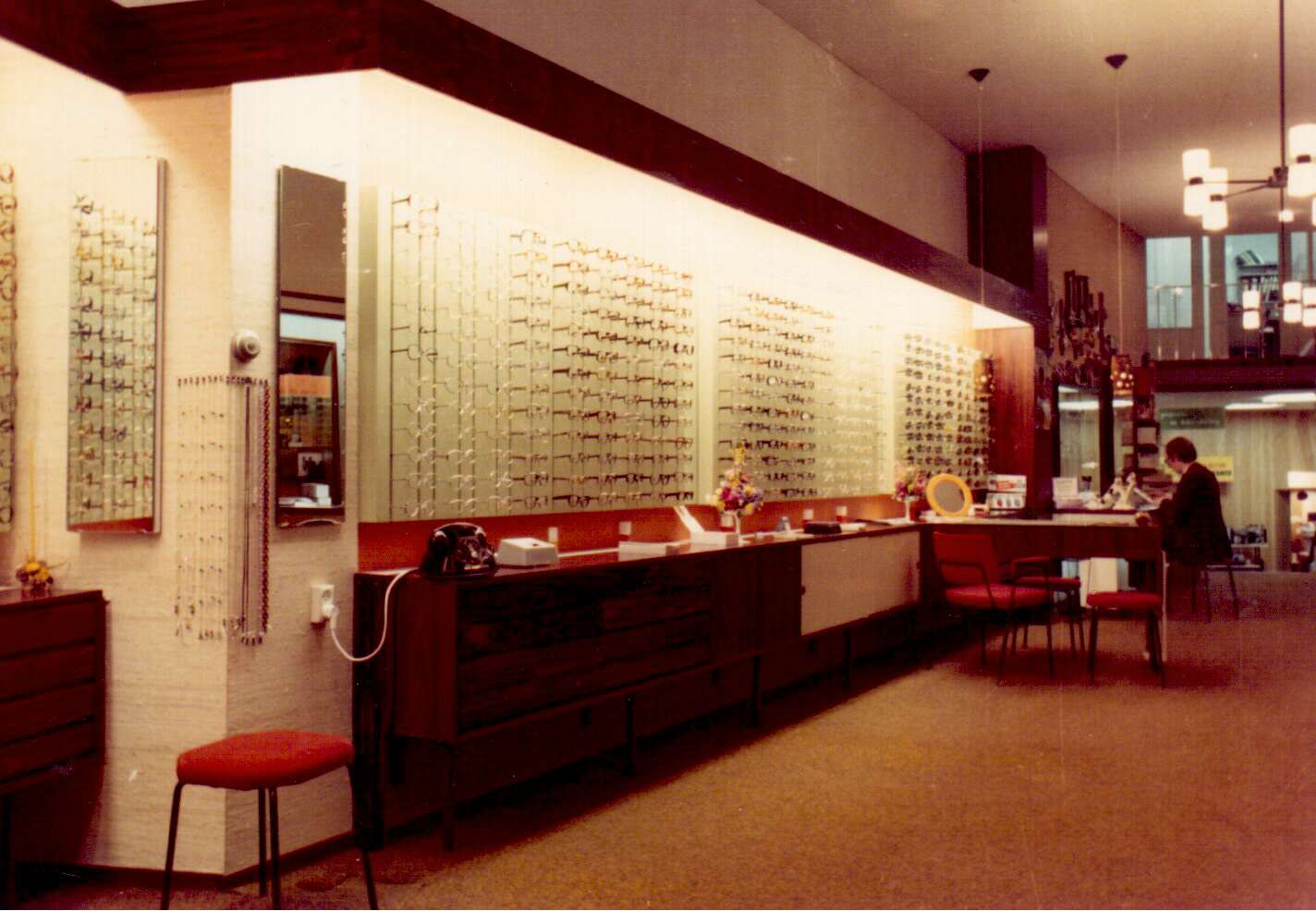 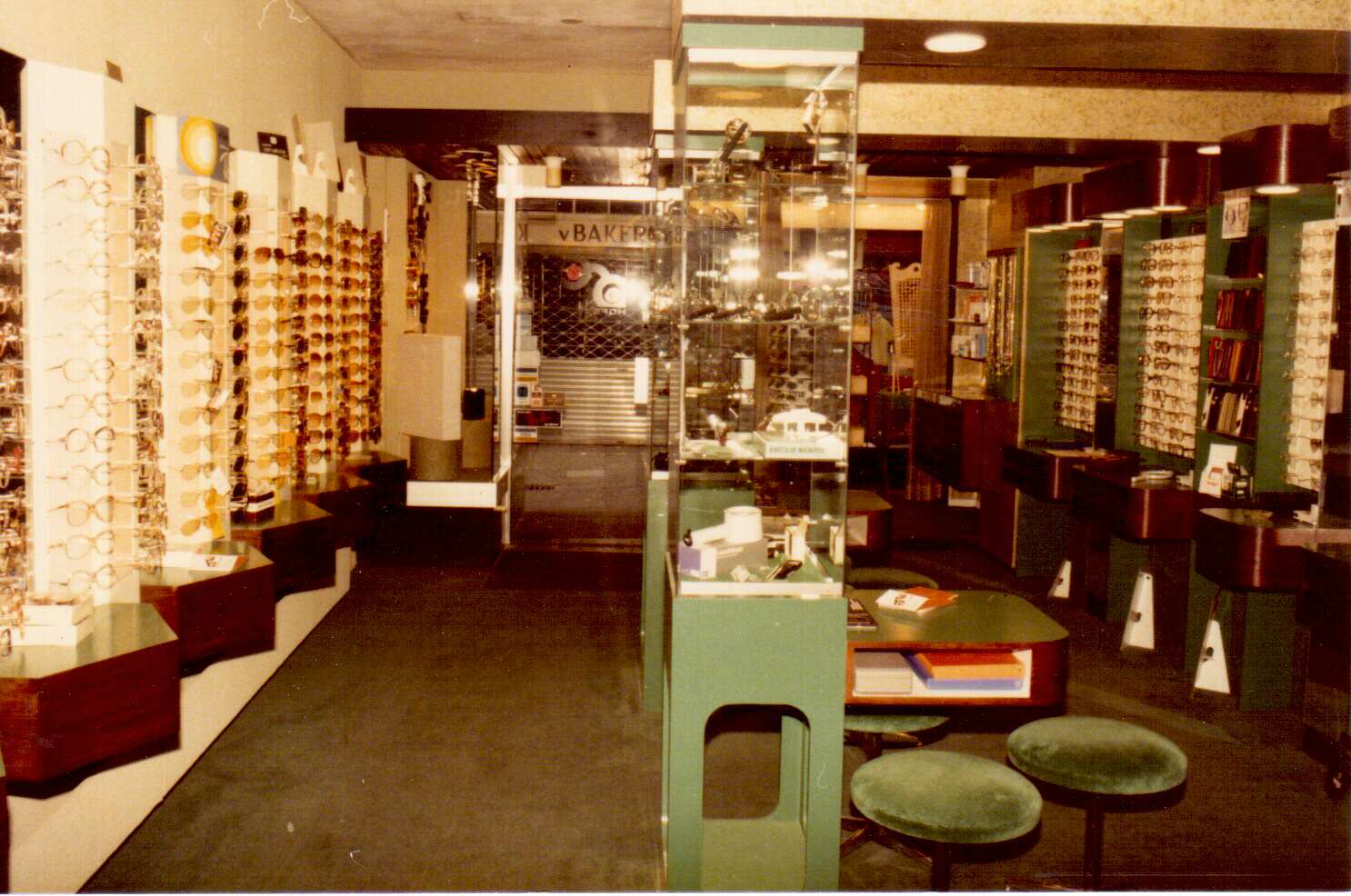 The year is 1903. Leeuwarden has 33.177 inhabitants and one of them, Hendrik Dirk Marie Hofstede decides to open a store in optics, medical instruments and orthopedic articles in that year. After the necessary arrangements, it is finally a fact on November 1912. The young entrepreneur opens his doors on 22 Sint Jacobsstraat. He works tirelessly and within five years already he has to move because the building has become too small. He buys another property in the same street at number 23. The business continues to flourish and in 1922, just before the twentieth anniversary the property at Sint Jacobsstraat 19 is also purchased. The medical trade is moved to the new shop and behind the existing building at number 23 a large workshop is built. Unfortunately, Hendrik soon after suffers a stroke and he receives medical advice to take it easier. He passes away on May 9, 1929.

The store is actively pursued by his three sons; Frans, Theo and Johan. Frans however soon discovers that this course of action is not his calling and leaves the company. Theo and Johan continue on together. Theo´s demise comes much too early in 1946, and then only Johan is left. Many years later, two of Theo's sons will also become actively involved in the business. In 1953 Johan decides to sell the properties in the Sint Jacobsstraat and open a new shop in the Nieuwestad 130. The life of an entrepreneur, however, is not always a bed of roses. The inaugural speech at official opening of the new store is given by Johan's son Hein because he is in hospital with a stomach ulcer. Hein is already working at that time with his father in the business and takes the helm when Johan decides to leave and enjoy his retirement.

In 1966 Johan's other son Jan decides that he would also like to join the company and it is decided in close consultation to open a branch. Various cities are examined as a possible location, and finally the choice falls on The Hague. Together with his wife Magdaleen, Jan opens his shop in eyeglasses and photographic equipment on December 16, 1966 at Hoogstraat number 37 in the residence, as The Hague is often referred to.  He is assisted by his cousin Hein, son of the aforementioned Theo, who sinks his teeth into the photographic section. Some eleven years later, Jan feels that it is time to separate the two original branches. The optics portion is moved to the Venestraat and Jan evolves there as a true optics specialist. In 1980, he makes a difficult decision. He ends the photo trade and moves the optics business back to the Hoogstraat number 37. Hofstede Optics emerged in subsequent years as the preeminent store in the field of eye care and eyeglasses fashion in The Hague and surroundings, that it is today. Many famous Dutch find their way to the store, and in 1985 Jan had the honor to receive for the first time Her Majesty Queen Beatrix. Since then, Hofstede Optics has been allowed many times to provide glasses and other optical items to the Royal House. Up to this day the company may count the house of Orange among their customers.

The parent company in the Frisian capital flourishes. Hein is assisted by cousin Guus, also a son of Theo, who leads the medical department. In 1993 Hein decides to end his active career. In the absence of a successor, and the fact that Jan himself would rather stay focused on the, The Hague establishment, the optics department is sold to an employee. Both the medical department as well as the optics business do not exist nowadays anymore. This makes Hofstede Optics in The Hague the only remaining branch of the family business started in 1903.

In The Hague the fourth generation Hofstede is now at the helm. Two of the three children of Magdaleen and Jan, Norbert and Marloes, feel attracted to the optics profession. They developed themselves through education, training and work placements across the country to become professional opticians, optometrists and capable entrepreneurs. Norbert first and then Marloes as well want to join the family business. Magdaleen and Jan are proud of this and have the utmost confidence in this duo. Norbert and Marloes have been working in the company since 1998. Jan and Magdaleen are slowly taking a step back. In 2000 a major and trendsetting refurbishment follows that changes the appearance of the store completely. In 2003, this alteration is followed by a new optometry department on the first floor. Intensive cooperation with ophthalmologists, changing legislation, active guidance and aftercare refractive surgery makes that necessary.

In November 2003 Hofstede Optics celebrated its 100th anniversary. On the 15th November 2003 the family Hofstede received from the hands of Mayor Deetman the certificate associated with the predicate "Purveyor to the Royal Court".  A great honor and a validation of 100 years of good business practice.

In 2007, Jan and Magdaleen say their final farewell to Hofstede Optics. To this day they are still active as consultants, oracle and sparring partner for Norbert and Marloes.

In 2010 a trendsetting renovation follows again. Under the direction of architect Alexander Novotny Hofstede Optics undergoes in 8 weeks’ time a true metamorphosis. The end result is overwhelming and does not go unnoticed. It leads to many national and international publications. In 2011, Hofstede Optics is awarded by the International EHI Retail Institute the prestigious EuroShop Retail Design Award. Norbert and Marloes are extremely honored with this prize, but knowing these two business persons this will not be the end of the renewal, but it will rather usher in a new and equally active entrepreneurial era. A new age in which Hofstede Optics will continue to stand out as a unique and innovative company with an eye for the needs of its customers. 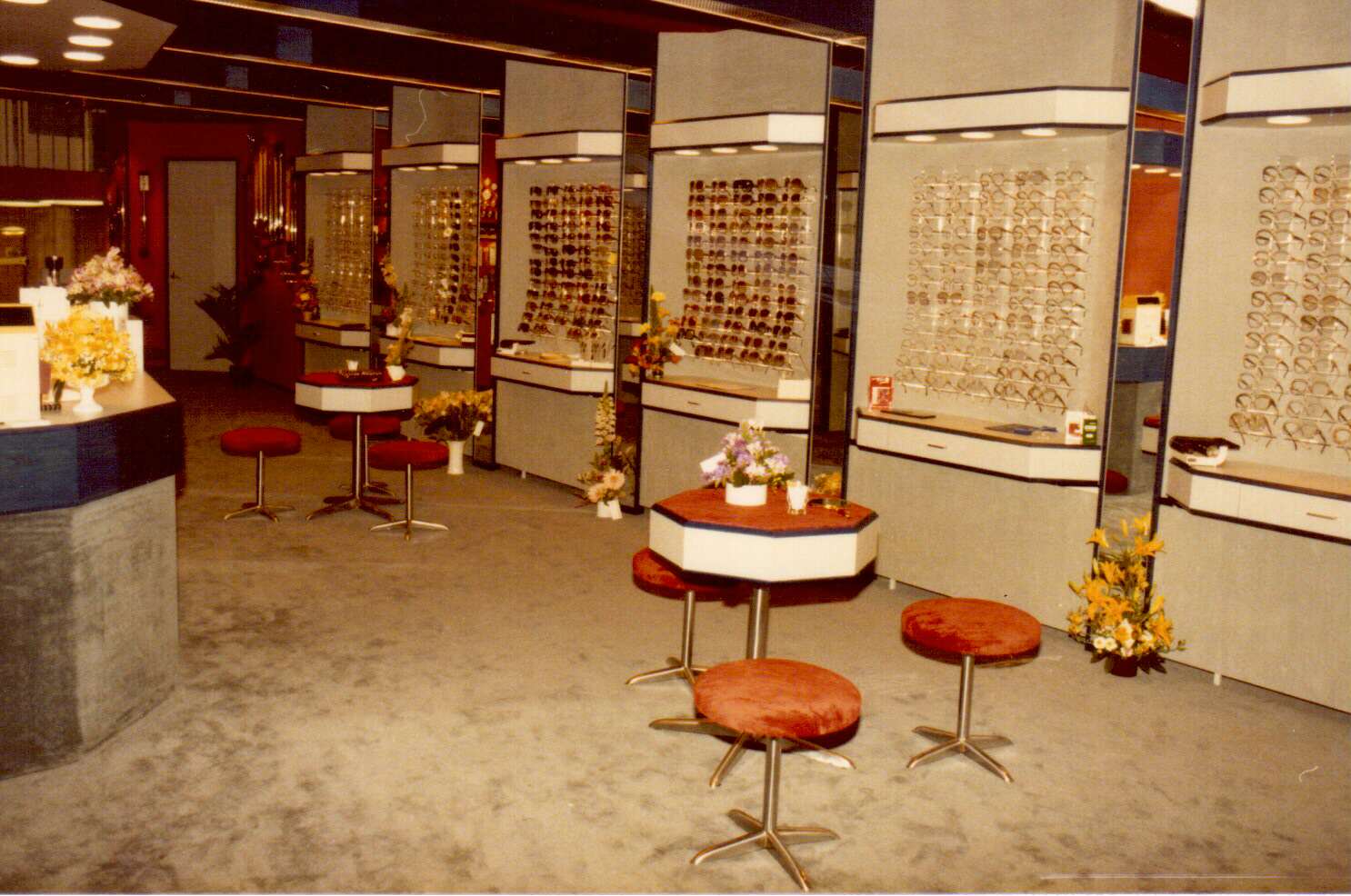 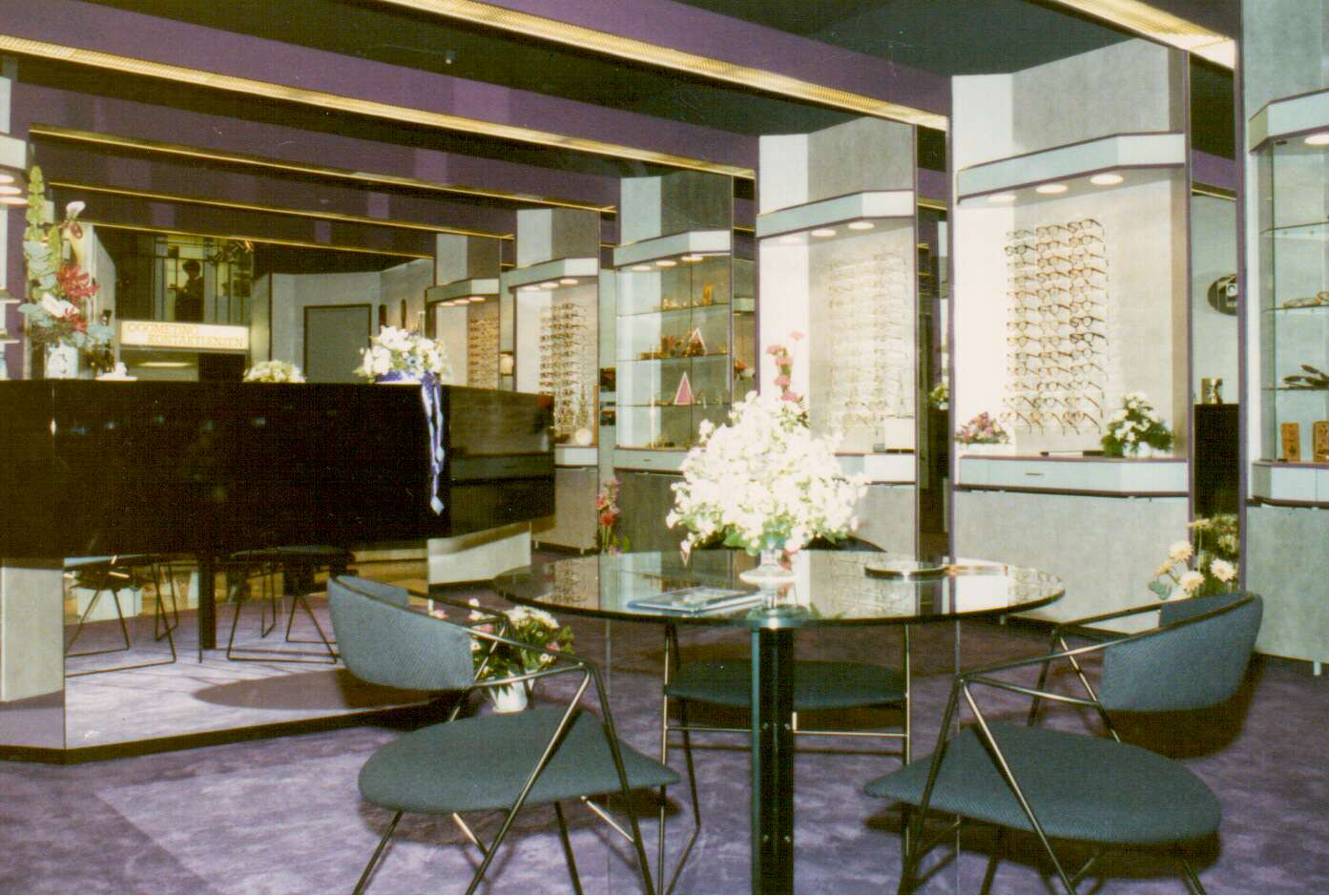 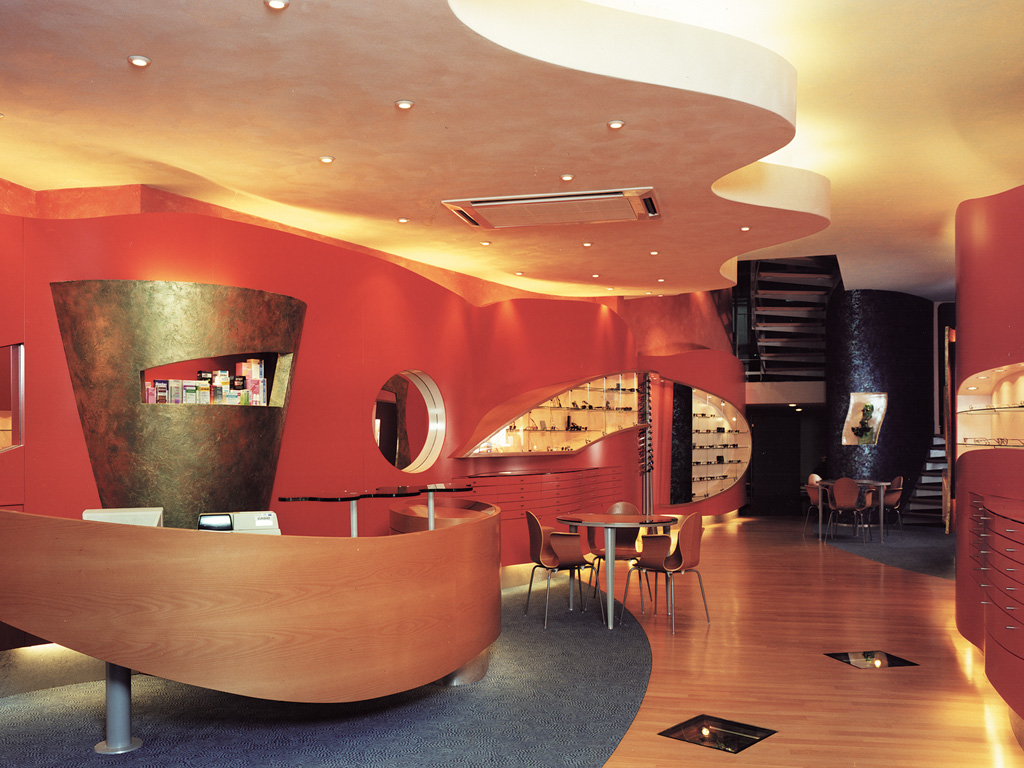 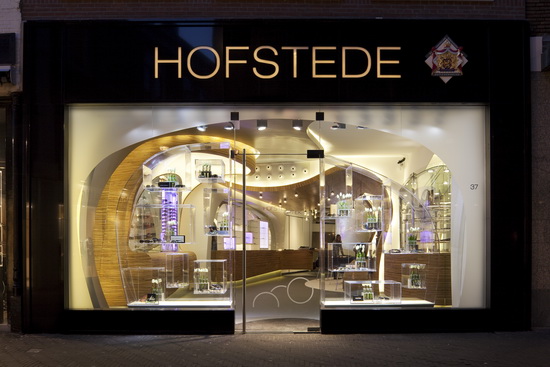